Caring For the Caregiver 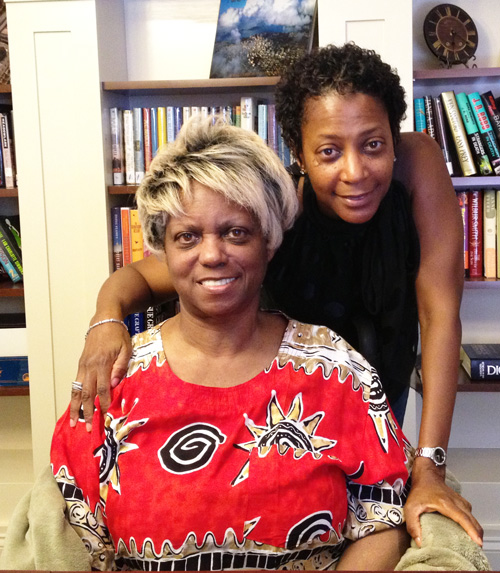 In 2012 President Barak Obama, declared “Family members, friends, and neighbors devote countless hours to providing care to their relatives or loved ones. During National Family Caregivers Month, we recognize and thank the humble heroes who do so much to keep our families and communities strong.”

Back in 2012, I was so immersed in caregiving for my mother, who had already suffered two major strokes, that I didn’t even take notice.  It took me until 2019 to realize that there was such a thing as National Family Caregivers Month.

Like most family caregivers, there was no time to celebrate me and the choice I made to take on a job I never asked for. There were no pats on the back, no greeting cards or cake to acknowledge the sacrifices I made every day. There were just more chores and trying to find time to answer family and friend’s who called to ask, “How’s your mother doing?” More interpreting what Mommy was attempting to say through her severe aphasia. More fights with staff at the sub-acute rehab facility for allowing her to lie in a pool of urine all day. More fruitless conversations with Mommy about complying with a system that has proven time and time again that, as an African American, you are expendable. More cleaning up messes that weren’t my own because, at 68, Mommy thought she had more time to choose the way some chapters of her life would end.

In spite of all that, I’m going out on a limb to say family caregiving, as brutal as it can be, is also selfish. We make the choice that allows us to look in the mirror and love who we see. We could not live with ourselves if we abandoned our mother, father, husband, wife, child, aunt, uncle, grandparent…the list, just like possible caregiving scenarios, goes on.

There are plenty of people who ignore this daunting responsibility. Nursing homes are filled with people whose families walked away and never looked back. But, if you’ve chosen to stay and sacrifice, you’re a born caregiver. It is in your DNA to put others first. And for that you should always stand proud.

But, you should also make room to care for yourself. When you’re in the midst of caregiving, you have no idea if you’re running a sprint or a marathon. Each day is a crapshoot that can range from as calm as a sleeping kitty to life-threatening “I didn’t see that coming!” crisis. During those calm periods, caregivers must figure out how to put themselves first. If you’re reading this and saying to yourself, “that’s awfully selfish,” rest assured you’re doing it for the ones you love. If you don’t consciously choose to find an outlet for the stress and anxiety of caregiving, it will come out some other way.

I attended a recent screening of Renee Chenault Fattah’s documentary “In Our Right Minds: Alzheimer’s and Other Dementias’ Impact in Communities of Color.” One of the featured caregivers repeatedly said she had no time for herself. Caring for her mother who had Alzheimer’s and for her family was all consuming. At one point, she tearfully and regretfully confessed that she had been mean to her mother in front of her young daughter, and was afraid of the example she has now set. Watching this was heart wrenching.  But I also recognized that she was playing emotional whack-a-mole.

So many caregivers try to suppress their anxiety, pretend it doesn’t matter, ignore their body and mind’s cries for help. Then they wonder why they’re irritable, tired and on edge. Why they feel trapped and resentful. They whacked that mole into the hole, and the little bugger just popped up somewhere else.

For caregivers, it shows up when they lash out at the person they love who is already suffering, making the situation even worse.  Unaddressed stress fuels arguments with family members who aren’t “carrying their weight.” It can result in taking it out on people at work, in the car in front of them or on the slowpoke in the supermarket checkout line. The truth is that unaddressed stress doesn’t go away. It just finds another way to wreak havoc.

I have been here. My mother passed away in 2013, and I’ve had plenty of time to deconstruct my three-year experience. Plenty of time to think through the things that helped me survive and the mistakes I made. Like the time I angrily abandoned Mommy on the curb outside her house because she was refusing to practice using the wheeled walker I had gotten her. I screamed at her for being lazy, jumped in my car and sped off. Was it really that bad? Or had my valve popped? I knew I was wrong. I pulled over to calm down, then turned around and drove back to her house to see if she made it safely back inside. She had.

When I say caregiving is selfish, it’s because I hope it will help release caregivers from feeling helpless and trapped by uncontrollable fate. If family caregivers believe they made an honorable and noble choice that everyone doesn’t have the stomach for, they’ll see how special and courageous they are.  Maybe they’ll also understand the decision was theirs alone and not payback for some earlier transgression, or a trap laid by oblivious, irresponsible siblings. Nor was it the work of evil spirits or angry celestial formations. It was because they couldn’t live with doing anything less. And someone who makes such a noble choice deserves a generous helping of loving, self-care.

Give yourself permission to find your safe space, your emotional outlet and your restorative treat.  Fuel yourself for the challenges ahead, because as every caregiver knows, there will be more.